You are here: Home / FISH AND AQUARIUMS / Do Betta Fish Have Teeth? (What You Need To Know) 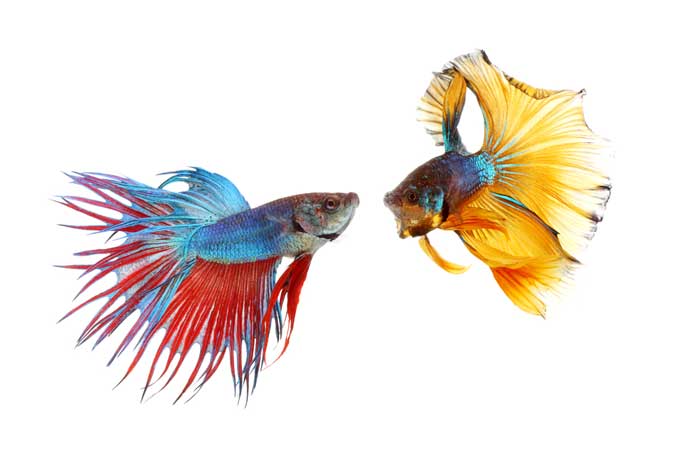 It’s a commonly asked question; do betta fish have teeth? And can they or do they bite? Maybe you’re concerned about this because you just got betta fish. Let me tell you something very clearly, it’s a betta fish and not a mini version of a piranha. So you’re in the clear even if it bites.

The short answer to the question is YES, betta fish have teeth. And they do bite also, but only when agitated. However, you have nothing to worry about because the bite doesn’t really hurt. And if you want the long, more descriptive answer, you have every reason to continue reading.

Do Betta Fish Have Teeth?

Look very closely in the mouth of your betta fish. What you’ll spot are rows of tiny white teeth. Particularly in the bottom jaw. The teeth, as you can see, are so small that they’re almost invisible when you’re not looking closely. It’s like you have to use your phone’s zoom-in feature or the magnifying glass.

Just because you can’t spot their teeth doesn’t mean they’re not there. Betta fish have really tiny teeth, which are incredibly sharp by the way. 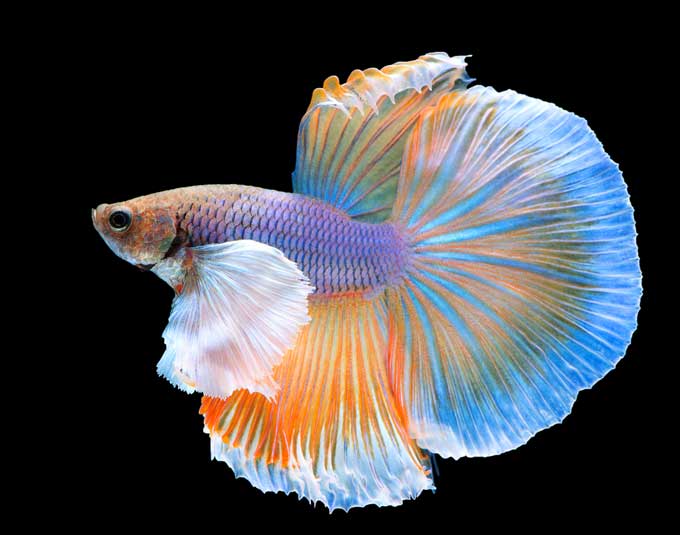 Why Do Betta Fish Have Teeth?

The greater part of betta fish consumes meat. They also eat vegetation when given the chance. But they’re very gutty, you should know that. Since betta eats meat, they have a tendency to attack their prey to kill it. When thriving in the wild, betta fish diet consists of tiny insects. So it’s easier for their teeth to feast on them.

The teeth also allow betta for chewing up their kill. Betta fish instantly chomping on pellets or any other food is not such an uncommon sight.

# For Attacking, Not So Obviously

Known as Siamese fighting fish, betta fish are incredibly aggressive creatures. This is reasoning enough for them to use their teeth to fight. Mostly with the males living or roaming around their vicinity. They have sharp teeth for attacking and ripping apart the fins, scales, and tails of their food and enemies.

Now you know why male Siamese fighting fish is not such a home-friendly option. This also implies that you shouldn’t keep betta with other types of fish either. If your betta is a particularly aggressive little creature, the chances are it will attack anyone.

Let me also point out that brightly colored fish or those with long, flowy fins and tails are the most susceptible to being attacked by a betta fish.

Yes, they bite. But this also depends on the temperament of your betta fish. Some of them are quite chilled out and timid. And they don’t bite even if your hand is inside the tank.

But don’t expect this kind of royal treatment with aggressive bettas. They see a hand inside the tank as nothing but a threat. So they’re more likely to attack it, not just the fingers but the entire hand. Anything that goes in basically!

1. Does The Bite Of Betta Fish Hurt?

How strong is each bite say in comparison to a white shark? The mouth of the former is much smaller than the mouth of the latter. It’s pound for pound, meaning the bite may be strong but it doesn’t have the power to cause any harm to your skin.

When a betta fish bites you, you can expect your skin to not even tears. Thanks to the smallmouth and tiny teeth. Also, your skin is pretty strong. So it doesn’t really break at the bite of a creature as small as betta fish. A white shark, on the other hand, is deadly.

But if I had to describe the bite, I would say a slight tickle-like sensation that doesn’t hurt. Or maybe even a slight pinch. In short, you don’t feel pain or anything remotely close to that.

And if you really want to know what the bite feels like, try an experiment. Place some food on your finger and feed your betta. If the little creature is gutty, it will bite the food and with it, your finger. However, please don’t do this very often.

Betta fish certainly don’t make love. It’s quite common for such aggressive fish to not be romantic with each other when spawning. Now, this is both good news and bad news. Let’s get to know more below.

In a way, it’s a good thing that betta fish are aggressive toward one another. Betta biting its mate, male or female, means demanding permission for spawning. If the other one doesn’t move or backs away, it means not ready or not sure. However, this doesn’t necessarily imply that the fish is opposed to mating.

You have to make sure the bite doesn’t cause serious damage. A tiny nip is okay, but a big, proper bite isn’t. However, bettas show interest even without biting by the way.

Some bettas bite out of plain aggression. If you spot bites on the fins and tails of other fish, it means you have to separate your betta. Take this as an indicator that they don’t make good mates. And let me tell you that aggression is not just male territory. Even female betta fish can be equally and more aggressive.

Do the other fish dart away or try to completely avoid the attacker? If yes, then the bite is pretty aggressive. So think twice before breeding your bettas.

If your hand is dangling inside the tank, your fish is going to want to understand it. Even we as humans are so curious to know what’s going on. But we have hands, legs, and a mouth to be able to grab and understand what’s happening. However, betta fish don’t. They can only use their teeth and mouth to figure stuff out.

Think about it logically. Imagine a large hand traveling toward you right about now. In order to protect yourself, you are going to attack it. So why would your betta act any differently!

Feeding the fish with food placed on your finger means exposing that finger to betta bites. The little creature is only trying to quench its hunger. But since the food and their mouth are so tiny and your hand so large, an accidental bite is inevitable.

Now you know the answer to, do betta fish have teeth? They do and they can bite. But you don’t have to worry about running to the doctor for stitching up or healing any wounds.

Also, when betta bites and doesn’t let go, it means the teeth are stuck. Please don’t create more opportunities for your betta to bite you. As it can prove to be detrimental to the little creature!

So there’s no need to be alarmed. You have a safe fish as a pet. Like I said earlier, it’s not like you’re keeping a baby piranha!