You are here: Home / FISH AND AQUARIUMS / Do Goldfish Eat Minnows – The Most Important Factors to Consider

Goldfish can be feisty little creatures. Once they grow into adults, it takes a while to decide which fish to bunk them with. Because they consider tiny fish their food. Goldfish will only eat fish that are smaller in size.

In fact, they will eat anything as small as a bite-sized piece for them. This means they’re easier to swallow and a tummy-filling treat.

So does that mean Goldfish can eat Minnows? The straightforward answer to this question is yes. But you can make things easier for you. Let me show you how.

The real reason why Goldfish eat Minnows is size. Whether you’re keeping your fish in a home aquarium or a pond. Goldfish are genetically designed to outgrow their bunk-mates. If this happens to be Minnows, then they become bigger in size than them.

Having said that, Goldfish need constant feeding. They won’t eat a Minnow if they’re well-fed. But you can’t babysit your Goldfish 24×7, right?

So naturally, as soon as the Goldfish gets hungry, they tend to polish off what’s readily available.

Don’t think this makes a Goldfish a natural enemy of Minnows. In fact, keeping two Goldfish in the same tank together is also a hassle. The bigger Goldfish is more likely to eat the other, smaller Goldfish when it gets hungry.

The solution is not to keep the Goldfish separately. It’s to follow certain rules while setting up a Goldfish and a Minnow together.

How To Keep Your Goldfish Alive For 15 Years

Don’t think about keeping a Goldfish in a small tank. That’s probably one of the reasons why it has eaten other smaller fish if it has.

The aquarium size matters because of opportunity. In a bigger tank, you give other fish, like Minnows, a fighting chance to defend themselves.

That fact is Minnows are defenseless creatures. They can stave off a Goldfish if they have to.

So a big tank is their fighting chance. There’s more room to roam around the tank. With tunnels, plants, and tubes, they can hide easily. And no matter the size of the Goldfish, Minnows get the opportunity to be feisty at play too.

Read more: Can Goldfish Eat Tropical Fish Food? What You Need To Know?

If you don’t mind cleaning the fish tank regularly, you can keep live plants. Goldfish really love digging plants and eating them. This causes a bigger mess than putting fake plants in. 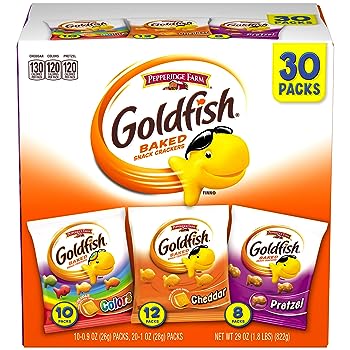 If you’re thinking about keeping multiple Minnows together with a Goldfish. You need to think about species. Avoid putting the slow Goldfish fish in the same tank.

Minnows tend to nip fins and if it’s an apathetic fish, it may cause skin infections. Such Goldfish are defenseless and tend to only get slower and quieter with age.

Another important thing to think about is predation. These fish are not your children that you have to control their behavior. If the Goldfish eats a Minnow or two in the tank.

You can consider setting up the ideal conditions for Minnows to breed. This will re-populate the tank and keep all your fish happy.

Lastly, do not purchase the slow and lazy Minnows. If you keep them in with a Goldfish, they are fated to be eaten by them. The fast ones are the ones to look for. In a big tank with plenty of distractions such as plants or toys. They can really outrun a Goldfish’s chase in seconds.

Minnows can keep your fish tank clean by eating Goldfish feces. Like I said before, Goldfish are messy fish. They demand regular water changes. And they eat plenty of fish feed which only means dirty the tank with their feces.

Someone once told me that keeping Minnows in a fish tank or bowl is a life-saver. They eat the Goldfish waste which keeps the bowl cleaner for longer.

But you need to be careful.

Minnows eat algae, eggs from other fish, and other stuff. The best way to keep your fish away from diseases and skin infections is filtration. By installing a filter in a large gallon tank, you can avoid any accidents.

And filters don’t need to be cleaned all that often. Cleaning a filter once in two weeks is still better than cleaning a tank once in a few days. A filter gets rid of toxicity in the water, excess ammonia, and other harmful chemicals.

The truth about Goldfish eating Minnows is not a dead-end. As long as you have read this article, you know what you can do about this.

Goldfish and Minnows are not mortal enemies. Not in the way other fish like native pond fish or tropical fish are. This is because both kinds of fish have different water requirements.

You can’t keep Goldfish in heated water environments. This is for tropical fish. For native pond fish, they can pass on bacteria and parasites to Goldfish. So it’s not healthy.

Goldfish outgrows most small tanks it’s kept in. So it’s important to keep them in bigger tanks or ponds. Keep them well-fed and install proper filtration for hygiene. Lastly, add toys and plants inside the tank to keep your Goldfish active and distracted.

All these steps will ensure Goldfish and Minnows are happy as they are. No more picking on each other’s fins and definitely no fish feast when you’re not around.