Frequently pet parents will care for their fur babies better than they take care of themselves. And when they get a horrifying diagnosis such as cancer in terms of their beloved pet, their mind automatically goes to the most solemn of thought-processes. Fortunately, despite it being a severe condition, there are numerous supplements and alternative treatments today to assist our animals in living with these ailments. And included in that is CBD oil, which derives from hemp and cannabis plants.

The supplement is becoming increasingly popular for use by both pets and humans in assisting with the treatment of a multitude of conditions. There are products readily available through a variety of resources, see this important source for more information. In addition, research is conducted to reveal more benefits of the compound every day.

The Effects of Cancer

Cancer is sadly widespread in animals, particularly dogs, and humans but deems a very complex disease. The characterization is that of abnormally growing cells in various locations throughout the body. These grow in an uncontrollable fashion intending to destroy body tissue gradually over time, ultimately hindering the ability for proper function. The term ‘cancer’ is a broad term referencing a vast array of diseases, all of which have the capability of spreading and harming the body each in its own way. It has the potential to be terminal, but there are instances where it can be treated and some that are benign.

Types of Cancer Dogs Deal with Most

Dogs commonly deal with cancer as a prevalent disease in their species, with it being the leading cause of death among a large percentage of canines. The various cancers that afflict pups include: 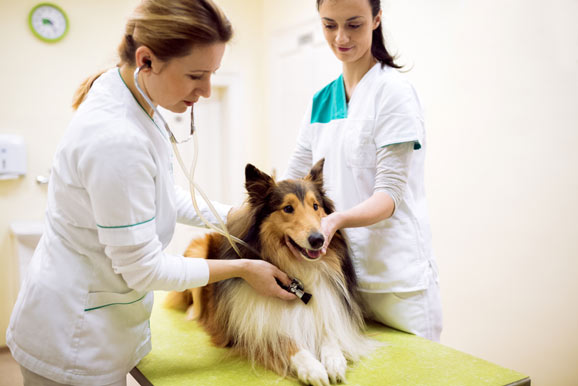 Is CBD an Effective Aid with Cancer?

The claim suggests there is evidence to show CBD has the potential to help in the treatment of cancer in dogs through the management of symptoms and some of the adverse effects. Further evidence suggests that CBD has the potential to fend off certain tumors from developing and spreading. It is critical to understand in these instances that these claims are encouraging, but these are merely preliminary studies. The suggestion is that it’s a bit early to make decisive conclusions regarding the oil’s role with treatment. But also important to note is that anecdotal studies show incredible successes. For general treatments for pups using CBD, follow the link here.

Traditionally, treating cancer for a dog involves using radiation, chemotherapy, and often surgery or a mix of all of these with the CBD oil working in conjunction. The treatment is based on the cancer type and what stage it has reached. Vets will tend to be partial to removing tumors via surgery as much as possible, but in most instances, chemo or radiation is necessary as well. When pet parents hear the term ‘chemotherapy’ fear sets in relating to the potential side effects the animal may suffer; however, the claim is that vet chemo is a lot less intrusive than our version. In addition, the administration takes place in such a way to improve overall well-being while minimizing adverse effects.

Dosing For Dogs with Cancer

As with any substance that you want to introduce to your pet, you should always consult the advice and guidance of your reputable veterinarian before initiating CBD for your dog’s safety. In doing so, the vet can direct dosage based on possible interactions with medications the animal is currently on, the effects it may have on underlying health issues, and monitor while on the compound.

As a general rule, the dosage of CBD is going to vary from breed to breed based on size, health condition, and specific breed. Typically, a standard dose would be in a range of 2-4 drops given in a range of between 2-4 intervals each day based on the brand and instructions provided. 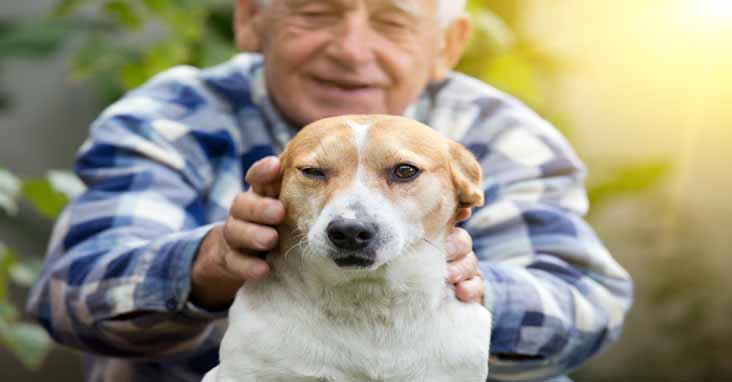 CBD oil boasts of having the capability to aid in the relief of chronic pain, which often accompanies any cancer. It also notes to reduce symptoms of anxiety and stress for which a dog will likely encounter when experiencing illness and pain. For a pet parent, merely giving a dog these types of benefits alone is valuable as a means of enhancing their quality of life. It boils down to bringing your fur baby peace and comfort. The notion is that this compound will give a dog with cancer a sense of calm and happiness, where it may not have been possible before. It’s not likely to bring an extended lifespan, but it allows an opportunity for the pup to enjoy what time they have remaining.