You are here: Home / DOGS / Dog Grooming & Care / All About Why Every Dog Should Have A Dog Box

A dog box is not only super practical for the transport of your dog, but above all a great retreat for home or office.

Pixie would even prefer her dog box to any basket. Why this is so and why every dog should have a dog box, I tell you in this article. Have fun reading!

When I got Pixie and took her to work for the first time, my dog trainer told me from the beginning to buy a dog box for her – also called Soft-Kennel. My first thought was: “Uiuiuiuiui, a dog box? Locked up? That must be really bad for the dog! The picture in my head was the completely wrong one.

A little research later, Hunter’s dog box moved in with us and – as so often – Pixie taught me a better one. I put a cuddly pillow and blanket inside and hid some treats in the new dog box. And within two weeks “her” box had become Pixie’s favorite place inside the apartment and this has remained so to this day says Smart Dog Lover.

Tip Number 1: What Is So Different From A Basket?

Baskets are always bumpy, the dogs can at best cuddle up to the edge, twist in and lie comfortably. But they just lie open in the basket. And the probability that someone will sit with them, caress them or even “disturb” their sleep is quite high here. Especially in an office/at work or in a place where there are several people.

However, a dog box – properly trained and respected by us humans – is the absolute and ultimate resting place for your dog.

What Do I Mean By “Respected By Us Humans”?

We respected the dog box from the beginning as Pixie’s own room. Again I had to train that for myself because I always have the impulse to crawl Pixie in passing. I am really such a dog-Trulli – I admit it.

But if Pixie is lying in her dog box, she won’t be disturbed, we won’t reach in and leave her completely alone. Especially when she’s sick, going to bed in the evening and when it’s just too loud and too much for her in the living room (e.g. when there are visitors), she trots relaxed into the bedroom, cuddles up in her box and the world is fine for her. 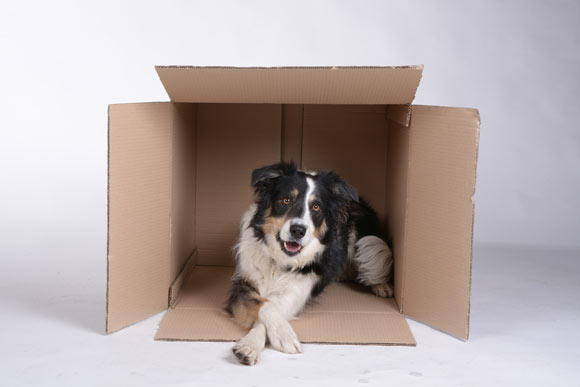 Tip Number 2: How Is The Dog Box Placed With Us?

The two dog boxes we use are covered on one side with a permeable net fabric and I can also open the “roof” or make the nylon cover so high that only the net cover forms the roof. Depending on what your dog prefers in light and air in this. For example, it is of course doubly beautiful when the sun shines into the box from above or from the side and your dog cuddles into his dog box and can enjoy the sun at the same time.

Pixie loves it especially when her dog box is in a corner, as quiet as possible and best of all dark. So all sides are closed and only the narrow front is open for her to enter. Then it is the perfect cave for her and she feels 100% safe and totally relaxed.

Terriers love to be wrapped and wrapped anyway – that’s what they’ve got genetically. So Pixie is of course doubly enthusiastic about her kennel!

So if you take the box with you to the office you can put it under your desk or in a corner where not everyone can immediately and your dog is thus guaranteed his rest and decides for himself whether he comes out or not.

At home, our box is currently in the bedroom quite central and yet so quiet enough for Pixie that she likes to crumble here.

Off to the box and rest in the box!

Especially when Pixie is sick – so really sick – then the box is her holy place. I know that she’s really not well because she can’t get out of the dog box at all. Completely her rest wants.

And then we leave her as well. 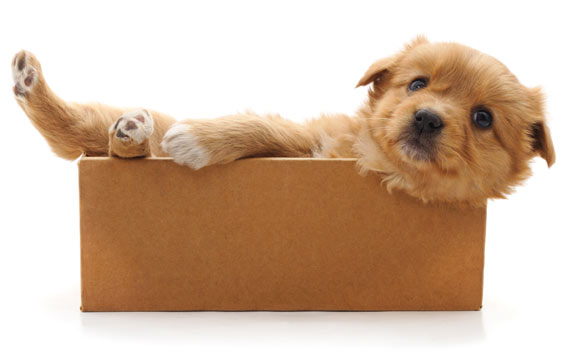 Tip Number 3: During Thunderstorms Or New Year’s Eve, The Dog Crate Is The Safest Place To Be

The dog box is particularly valuable to us in situations of fear: for example, Pixie has only developed a fear of thunderstorms in recent years. I already know that a thunderstorm comes when Pixie quickly rolls from her place in bed with us or during the day from her basket in the living room into the box.

She already feels the drop in temperature and reacts to the first signs of a thunderstorm and goes straight into her box. She is something like her “Panicroom” to her. There she is safe and obviously feels protected: from the evil noise.

On New Year’s Eve, I bring the box into the living room, as this is the “quietest” room in the apartment (quiet is of course very relative in a big city like Hamburg). Additionally I hang a blanket over it, make classical music, then there is a filled Kong and of course, I don’t leave it alone, but we are there.

But she obviously feels safer when we’re there and she’s in the box. Twice holds better so to speak. Then she survives such situations with less touches and trembling. Thanks to the box! 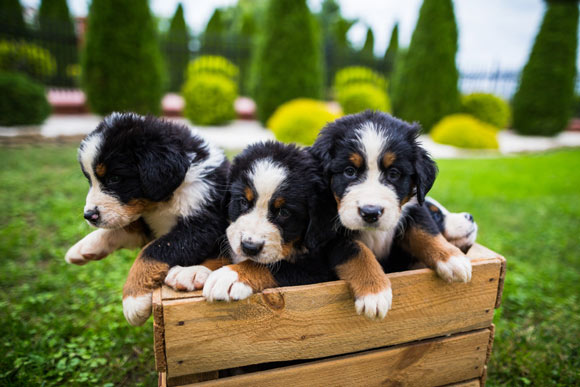 Tip Number 4: The Dog Box At Work Is The Perfect Place To Retreat

When I have Pixie with me in the office, I don’t take a basket with me but always a dog box. Both boxes are very easy to fold and really easy to transport.

The advantage here too: in a larger office with many colleagues I can even make a blanket over the entrance so that Pixie feels even more decorated and secure and hang a “Please don’t disturb” note over the box so that nobody reaches into the box and frightens it – just when I’m not in the office for a moment.

That works great and actually, Pixie manages to relax so much in the dog box that she sometimes doesn’t even notice when I get a cup of coffee.

Otherwise, she usually hangs on my heels in such a way that I can’t get anywhere without her, she even wants to go to the toilet.